Will The Bankruptcy Court Take Away My Pets 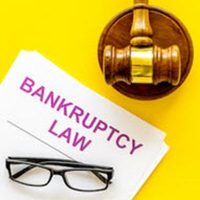 When it comes to bankruptcy, most people won’t lose any of their personal possessions. And if someone has enough debt, they may be willing to part with a few of their possessions, in return for walking away from bankruptcy owing nothing. After all, property is replaceable. However, there is one thing that most people would never want to lose, no matter how much money was being discharged in bankruptcy: Their pets.

Will You Lose the Dog or Cat?

One of the first things people ask when they think about filing for bankruptcy, is whether the court will take Kitty or Fido away. You can rest easy—no matter how much other property you may lose in bankruptcy (again, usually none), it is almost unheard of for a bankruptcy trustee to take your pet—even though there is no express bankruptcy exemption for pets.

Technically, pets are property, the same as your couch or TV or the money in your bank account, according to the law. That means that they do have to be listed on your bankruptcy schedules. But listing property doesn’t mean it can be taken.

Pets are safe; in fact, most attorneys will say that no matter how many bankruptcy cases they have handled, they have never seen a bankruptcy court or trustee try to take a debtor’s pet. In most cases, your pets will be listed, with a stated value of $0 or some other nominal, meaningless dollar value, too low for the trustee to care about.

Why Aren’t Animals Taken by the Trustee?

There is a reason why pets aren’t taken: They generally aren’t worth anything, monetarily. Your stuff, for bankruptcy purposes, is valued at what it would sell for if you tried to sell it on the open market—not what you bought it for. You may have paid $1,000 for Scraps the Dog, but today, at 6 years old, Scraps isn’t worth much to the general public.

Think about it: If you tried to sell your dog, what would it fetch on the open market (pun intended)? Probably nothing. And while the trustee is waiting for your dog to sell on ebay or craigslist or wherever, your trustee has to be responsible for caring for the animal. The trustee can’t drop it off at a shelter; the animal has to be kept and preserved somewhere until it sells. That means money. And given the low value of your pet on the open market, the expense of trying to sell the animal far outweighs any value the court will receive from selling it.

Animals That May Have Value

Questions about what you can expect to happen in your bankruptcy case? We have answers. Contact the Boca Raton bankruptcy attorneys at the Law Offices of Stephen Orchard at 561-455-7961 today.

Skip footer and go back to main navigation