Why Are So Many Different People Calling You About The Same Debt? 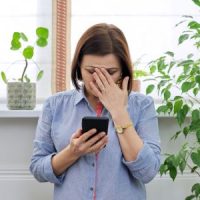 If you have a lot of debt, you may have noticed something. Even though your debt may be with one company or entity, somehow, especially if you have had the debt for a long time, there are a lot of different companies calling you–many that have absolutely no relationship to whoever it was that you first took the credit out with or from.

Why is that? Who are these people calling you? To answer that question, you need to understand the lifecycle of your debt, and what happens to debt over time, when it remains unpaid.

The first company you take the creditor out with is the original creditor. This is Target, Macys, Best Buy, Bank of America, your doctor, the homeowners association, or any other creditor that you first took the loan out from.

If you don’t pay the debt, these original creditors will make some effort to collect the debt. But they don’t put too much effort for a number of reasons.

First, they aren’t set up to collect debt. They are banks or retail stores or doctors’ offices–they aren’t set up with the infrastructure or knowledge to collect on large amounts of debt. Secondly, many original creditors don’t want to be associated with collecting debt, for public relations purposes. They may not want to get a bad reputation with consumers, as debt collectors often have, or create a bad feeling between them and you.

On to the Debt Collector

Over time, your debt may be transferred to many different debt collectors. Many creditors will let different companies try to collect, to see if the next one has better success.

On to the Debt Buyers

If time has gone by and your debt remains unpaid, the original creditor may just want to sell the debt.

Debt buyers buy your debt–along with thousands of other accounts–from creditors, for pennies on the dollar. These debt buyers now actually own the debt, and have full control over it. They can also sue for the debt, since they legally own it (assuming they can prove they own it, which they often cannot).

Because a debt buyer purchased the debt for a small fraction of the total amount, they may have a lot of leeway to offer favorable and affordable settlements. However, be aware before you settle, that many debt buyer companies do try to collect on debt that is too old to be legally collected, so you need to be careful about whether or not you want to settle your debt with a debt buyer.

We understand debt, and the best ways to manage or get rid of it. Contact the Boca Raton bankruptcy attorneys at the Law Offices of Stephen Orchard at 561-455-7961 today.

By Law Offices of Stephen Orchard | Posted on January 8, 2023 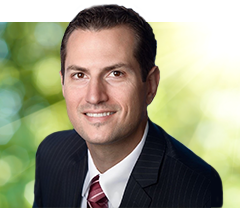