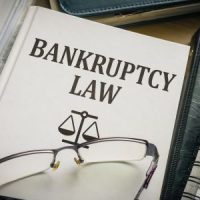 To protect themselves, parties may include provisions in contracts that say one of three things:

These are surprisingly common provisions in contracts. However, they are also unenforceable.

Why Are They Unenforceable?

These are known as ipso facto clauses. And they are completely unenforceable, for a number of reasons.

To some extent, this is a fiction—no property immediately physically transfers to anyone. But the bankruptcy estate is, at least in law, the owner of your property, and as such, no third party can make any claims on it.

Additionally, bankruptcy law is federal law. Parties generally can’t force another party to contract away rights that are otherwise available under federal law. This is especially true in bankruptcy, which strikes a delicate balance between the rights of creditors and debtors. The law won’t allow third parties to upend that balance through a contract.

Likewise, bankruptcy intends to treat all creditors equally. Allowing some creditors to avoid being discharged by contract, gives those creditors an advantage over others.

Furthermore, saying that a party is in default, simply by virtue of filing for bankruptcy, is in effect “punishing” someone for filing for bankruptcy. It also puts the debtor in even more debt, as now there is a default in the contract, meaning that whatever assets a debtor may have to give to creditors, is now spread out amongst even more creditors.

But perhaps the main reason why these provisions are void, is that they affect the “fresh start” that bankruptcy is supposed to provide consumers.

A consumer that still has debts after a discharge doesn’t actually get a fresh start. Yes, there are some debts that legally can’t be discharged—but the law won’t allow someone to add to that list through contracting. Otherwise, everybody would include a non-discharge ability provision in their contract, and bankruptcy would be ineffective,

Contact the Boca Raton bankruptcy attorneys at the Law Offices of Stephen Orchard at 561-455-7961 for help determining which of your debts will be discharged after bankruptcy.

Skip footer and go back to main navigation