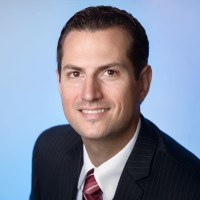 Stephen Orchard is the founder and principal attorney at the Law Offices of Stephen Orchard in Boca Raton, serving clients from West Palm Beach to Broward County in the areas of bankruptcy and real estate law. Stephen Orchard is a hard-working and compassionate lawyer dedicated to providing cost-effective, personal service of the highest quality.

Stephen Orchard has been in private practice in Boca Raton since attaining his license to practice law in the state of Florida in 2002. In 2015, he was one of only a handful of individuals to receive the Outstanding Young Owl award from the Florida Atlantic University Alumni Association. He has been invited on numerous occasions to lecture on bankruptcy law as part of business law conferences in 2014 and 2015. Stephen offers a free consultation to potential clients. He can be reached at 561-455-7961.